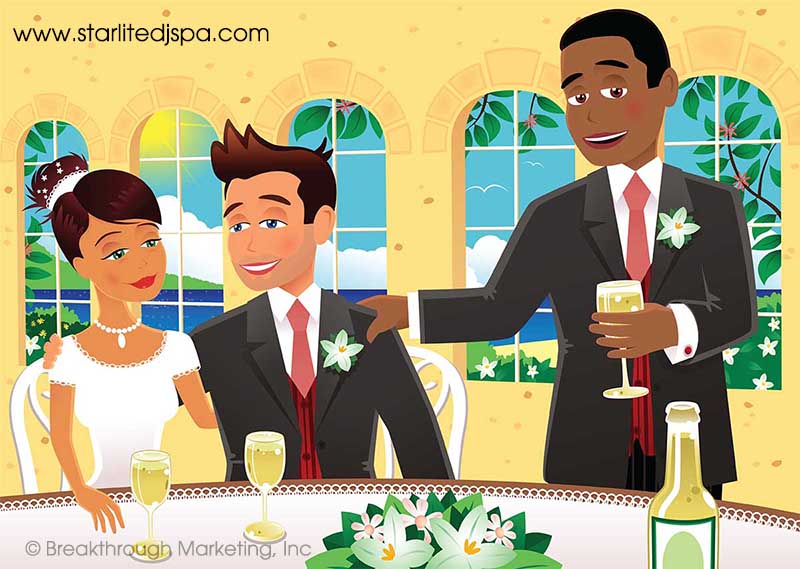 Here’s a great script for a wedding toast

Let’s be honest, a lot of people clench up when they have to make a toast. We’ve created a nice wedding toast script to take the heat off at your upcoming Philadelphia area wedding.

Wedding receptions can be especially stressful because the best man and maid of honor often put too much pressure on themselves.  They overcompensate by having an extra drink or two and … well, you know how that can go:  downhill fast.

Obviously, your toasters aren’t going to use this word for word.  But it’ll help them get started.

It’ll channel them in the right direct using the guidelines we wrote about in last week’s blogpost [“How to avoid wedding toast disasters.”]

Ultimately, it takes the heat off since this script lays down some nice parameters for them.  Remember:  the point of this wedding toast script is simply to help them get started.  It is their personal experience with you, and the way that they convey it, that ultimately makes the difference.

Read this wedding toast script and let me know what you think:

“I am truly honored to toast the marriage of [Bride’s Name] and [Groom’s Name].

I’ve never been one to pay any attention to people who claim that they can predict the future.  But guess what, I’m going to predict the future:  I see a happy, fulfilling married life stretching out before you two, and I could not be happier.

Looking out at this great group of your family and friends who’ve come to witness this watershed event, I can see that they agree with me.

The truth is, I don’t need a crystal ball to know that good things await you in your married life, because I know [Groom’s Name].

But we both had this thing for rock climbing.  I tell you what, if you want to get to know someone, go rock climbing with him.

I don’t know how many times we went out.  It’s a lot.  One time stood out.  We were walking on a precipice some twenty feet above a lake.  We heard some splashing in the water below.  Suddenly, some kid started screaming like I’ve never heard screaming before in my life.  His dog was in the water … and apparently drowning.

Now I thought that God had hard-wired the dog paddle into every dog ever born.  But this one must have been a mutant, because it was going down for the last count.

Before I could even fully process the situation, [Groom’s Name] made a mighty leap into the lake below.  I’ve got to admit, I couldn’t have done it.  But he did.  Within seconds, he had the scared pup in his arms and back onto dry land in minutes.

[Bring bride into the toast]:

I can attest to the fact, [Bride’s Name], that [Groom’s Name] loves you more than anything … or anyone he’s ever loved in his life.

When he spoke that line in the vows about loving you even in ‘sickness and in health, in good times and in bad,’ well he meant it.

And since I’ve gotten to know you and discover what an incredibly wonderful person you are too, [Bride’s Name], I know you meant those vows every bit as much as [Groom’s Name].  You are a beautiful person on the outside, but even more importantly, on the inside.

Some people would say that it’s destiny that brought you together.  Well, I would suggest God had something to do with it.  Yes, I maintain that the creator of the universe surely pulled some strings to bring you two together, because you are so right for each other.

[Close by telling the audience specifically what they’re supposed to do]:

On this day of celebration, I ask each of you to raise your glass and join me in paying tribute to Mr. and Mrs. [Couple’s Last Name].”

To reiterate, you can’t use this wedding toast script exactly as written. Come up with your own anecdote. Make it warm. Use it to highlight the class, the integrity, and the character of the subject of your toast. 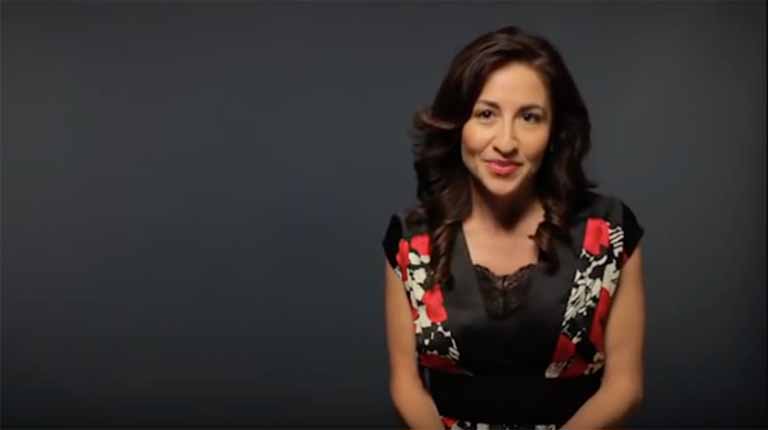 How to avoid wedding toast disasters

Let me guess:  you’ve got a well-intentioned best man and maid of honor for your Great Philadelphia area wedding.

They know you, they love you, and wedding etiquette calls on them to stand up and toast you at your wedding reception.

Beware.  These beloved friends or family can morph into your worst nightmare.  Don’t let them hijack your wedding reception with an embarrassing, meandering, or never-ending toast.

In fairness, your best man or maid of honor doesn’t want to embarrass you or scandalize your family, but beer and a microphone can be a dangerous combination.  A nice, warm three minute toast can quickly devolve into a dozen minutes of booze-drenched awkwardness if you’re not prepared.

Avoid wedding toast disasters with these guidelines from Toastmasters International

Provide your event’s toasters with the following guidelines as provided by Toastmasters International to avoid wedding toast disasters:

Be sure to have them watch the video above. As the bride and groom, this is your party.  I encourage you to say something like this to your toasters:

“Thank-you for being my [best man/maid of honor].  I am so honored to have you share this day with me in such a meaningful way.  I wanted to be sure you knew that we’d like you to make a brief toast after dinner.  You okay with that?  We’d like you to keep it fairly brief, 3 minutes … 4 max, and share something special you see in our relationship and wish us well.  I know I don’t need to say this, but please, nothing off color or embarrassing.”

Really say something like this to be sure everyone’s on the same page, or simply print this page off and hand it your toasters (or share the link with them).

Now, let us all raise a glass to honor this beautiful couple.  May God richly bless your marriage!

[Check back next week for an actual script for a nice wedding toast.  Your best man and maid of honor will love it! In the meantime, check out our wedding services here!]

Country Dj’s Can be a Great Choice for Your Event

Are you holding a momentous event any time soon? Then it’s probably a good idea to consider Country DJs in your party. This music genre seems to make an awesome comeback in every dance hall and with good reason. Look for a DJ with Country Music as his or her specialty, and you will have an entertaining party for everyone to enjoy. Try keying in Anniverary dJs Norristown PA and you will certainly find Country in the results’ music list.