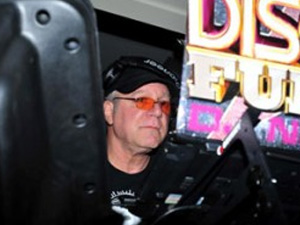 My story begins back in the 50s. Growing up in the Germantown section of Philadelphia my mother and father were always listening to the popular music of the day. I grew up listening to Motown soul and rock ‘n roll. Hy Lit was one of my favorite local radio DJ’s

While in high school I loved listening to the Temptations, four tops, the supremes, Beatles, the stones, the doors Smokey Robinson, the Jackson Five etc. When I went to parties i was always asked to play music. Because of this I started collecting 45’s records back in the early 60’s.

As I got older and began going out to nightclubs in the early 70’s I was a big fan of post disco or photo disco music, groups like the Equals “black skinned blue eyed boys” Barrabras – “women” were a main stay sounds in the early Philly club scene. I grew up listening to DJ’s like Frank Sestito, Michael Gormley, Dale Collins.

I remember running out to the record shops every Saturday morning to stock up on the latest dance singles. Then one night I was out with some friend’s the and the DJ got sick and had to leave. The manager came up to me since I was a regular at the club and asked if I could fill in for the DJ for the rest of the night.

That was way back in 1976. I was scared to death and had no idea was I was doing. I do remember the first song I played. that night it was “I love music” by the O’Jays. The crowd screamed! I was hooked right then and there. I really stunk it up that night but I played some great tunes. The next day I ran out and bought 2 turntables and a mixer.

I would practice every day after work for hours trying to perfect my skills as a club mixed and trying to develop a style. All my hard work paid off I began to get some attention and began playing at some local clubs and parties.

I’ve had a long and successful career playing in clubs like Pulsations, Egypt, Rock Lobster, Adelphia, 8th Floor, Yellow Jackets, Justin’s, The Barn, the Village Inn, The West Side Club (my first gay club) and so many other places.

I’ve had the chance to play with some very popular musical groups of the day like the Trammps, the Village People, White Bridge, Chaka Kahn etc. I’ve even appeared on local TV with Hall of fame star DJ Jerry Blavit.

I’ve recently have been inducted into the Pioneers of Disco hall of fame. I am thrilled to be a part of this Disco Organization. When I look over some of the names it that I’m associated with it boggles my mind.

My next journey is with STARLITE ENTERTAINMENT DJ’s as a back in the day party specialist. So my career is still continuing more than 40 years behind the decks. Look out I got my second wind.