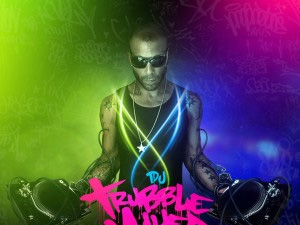 DJ TRUBBLE MAKER originally made his mark as a musician on the local club scene.Performing in major venues throughout the Tri- State area.

He then transferred into the world of DJ Performance. Along with being noted as the DJ of the Month in June 2013, He was just named the DJ to watch in 2014 by a locally renowned entertainment magazine. He currently holds 4 residencies, and every show produces a high energy vibe leaving each crowd wanting for more. He has experience with performances on every corner of the DJ spectrum. Which include Nightclubs, Private Parties, Corporate Events and Weddings. He has worked with different local recording artists and is sure to be an asset to any client.