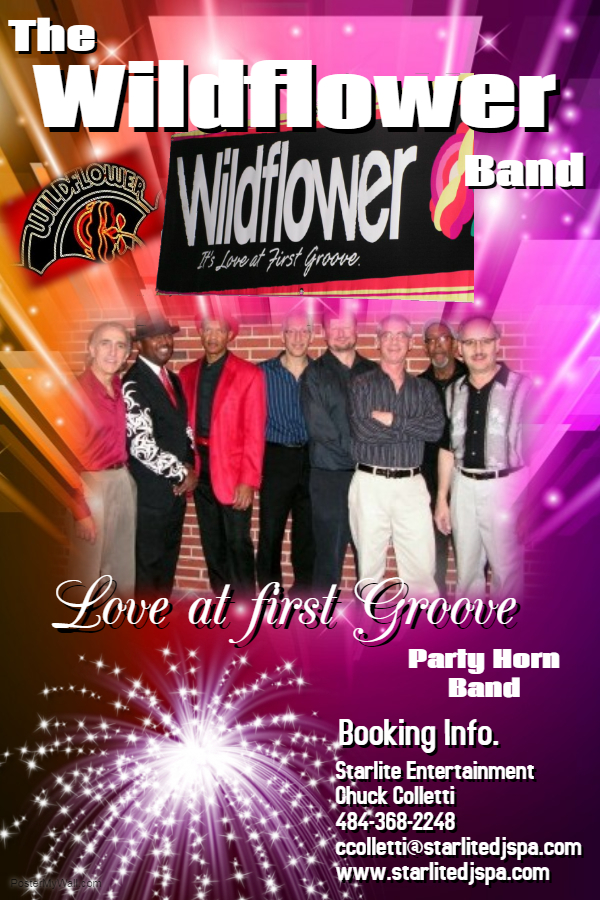 Known primarily in the 70’s and 80’s as a funk and disco band, the iconic Wildflower still has been the champion party band.

By the mid 1970’s, Wildflower was playing several of the New Jersey shore nightclubs, including, Jerry Blavat’s Memories in Margate, Tony Mart’s in Sommer’s Point, and the Stardust in Wildwood.  They also played many Philadelphia based clubs, toured in many mid-Atlantic and Midwest cities, and were a regular act at the Village Inn, in East Norriton, PA, as well as TV apperances.  The band’s later performances were in many Atlantic City casinos.

Wildflower had several “generations”, or groups of musicians over their seventeen-year performing history.